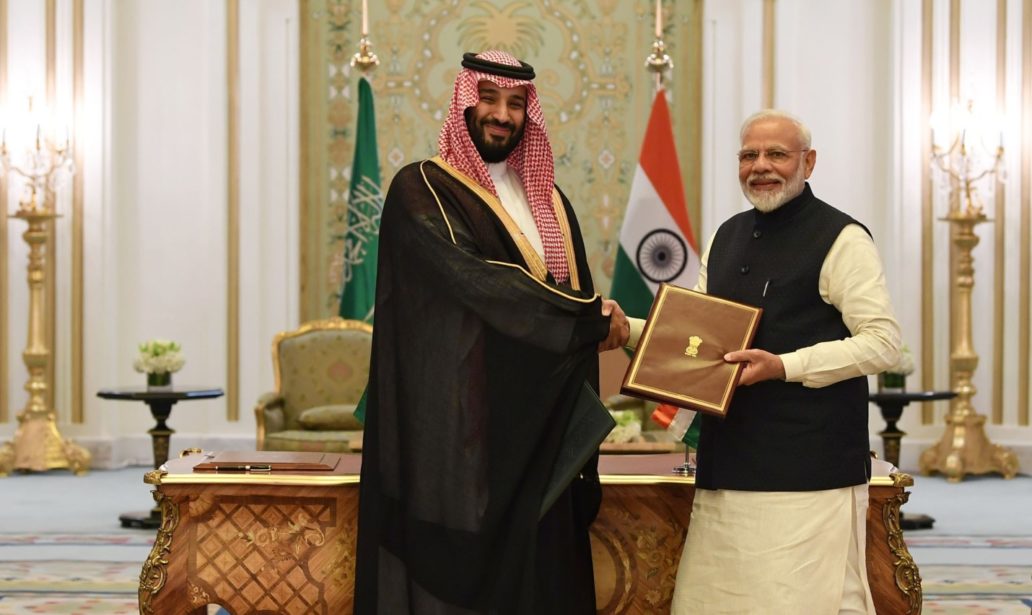 Prime Minister Mr. Narendra Modi visited Saudi Arabia from October 28 to 29, 2019 with an aim to boost the bilateral ties between the two countries in key sectors, including energy and finance. PM Mr. Modi visited the Kingdom
on the invitation of Saudi King Salman Bin Abdulaziz Al Saud. PM Mr. Modi inspected a guard of honour at the airport and stayed at the King Saud Palace in Riyadh during the visit. India and Saudi Arabia inked more than a dozen agreements in several key sectors including oil and gas, defence and civil aviation to bolster their ties as Prime Minister Mr. Narendra Modi held extensive talks with the Kingdom’s top leadership during which a Strategic Partnership Council was established to coordinate on important issues. A memorandum of understanding was also signed to roll out RuPay card in the Kingdom—making Saudi Arabia the third country in the Persian Gulf after the UAE and Bahrain to introduce India’s digital payment system. A luncheon was also hosted by King Salman for Prime Minister Mr. Modi. The two leaders condemned terrorism in all its forms and manifestations and agreed to step up bilateral security cooperation. They also discussed cooperation in agriculture, oil, and gas, maritime security, innovative technology, renewable energy, trade and investment between the two countries.
PM Mr. Modi also delivered a keynote address at the high-profile Future Investment Initiative (FII), dubbed as ‘Davos of the desert’, where he pressed for the United Nations reforms while expressing regret over some “powerful” countries using the global body as a “tool” rather than
an “institution” to resolve conflicts.
At the forum, he said that India will invest $100 billion in oil and gas infrastructure to meet the energy needs of an economy that is targeting to nearly double itself in five years. He also sought investment from oil-rich Saudi Arabia and other nations to boost supplies. India’s relations with Saudi Arabia have been on an upswing over the last few years based on burgeoning energy ties. India’s bilateral trade with Saudi Arabia was at $27.48 billion in 2017-18, making Saudi Arabia it’s a fourth-largest trading partner.